Groningen is a true city of sports. Whether you like basketball, volleyball or football, you’ll find what you’re looking for. But sports are also important for our over 50.000 students. Many of them are active in for example in field soccer, court soccer, indoor soccer, American football and rugby, coordinated by the student sport organization (since 1945). Among those students are also 240 ‘top sport students’ who, next to their studies, perform at the highest levels in their sport

As a lively university city, Groningen has the youngest average population in the Netherlands. It has a long and turbulent history, which becomes evident from the historic warehouses, courts and buildings. Groningen is also a city with nerve, with the most numerous examples of innovative architecture within its boundaries. It was once proclaimed the city with the best city center in the Netherlands because of its compactness and charm

Cycling fan? Welcome to Groningen! Take a countrytrip, for instance through the  ancient and protected traditional landscape of the Reitsdiep river valley. Or maybe you prefer a culinary trip, with plenty of tasteful stops along the way? Groningen is a real cycling city. No less than 60% of all traffic movements is by bicycle. The city center is bicycle friendly and the beautiful green and quiet countryside is never far away if you
travel by bike.

As the city with the youngest population in the Netherlands, we cherish our talented youngsters. The University of Groningen, Hanze University of Applied Sciences and other educational institutions are hotbeds of talent. And what do talented people often do? Exactly, they get together in search of inspirations, collaboration opportunities and other endeavors. This is why over the last few years many of our city’s old unused buildings such as factories, labs, schools and power plants have been transformed into new creative places to be. Startups are mushrooming everywhere in Groningen, often in these new inspiring multi-company buildings.

Over the past years Groningen has been – and indeed currently still is – seeing some extraordinary developments within its region. Take for instance the opening of a second Google data center and an IBM service center. Or our booming Eemshaven – the fastest growing port in the Netherlands – is nearby. Chemical industry, bio-based economy, start-up city. No less than a third of the ‘Technology Fast 50’ companies are based in or around the city of Groningen. A swirling atmosphere of technology, innovation and entrepreneurship makes Groningen a vibrant city for young and talented professionals and scientists. 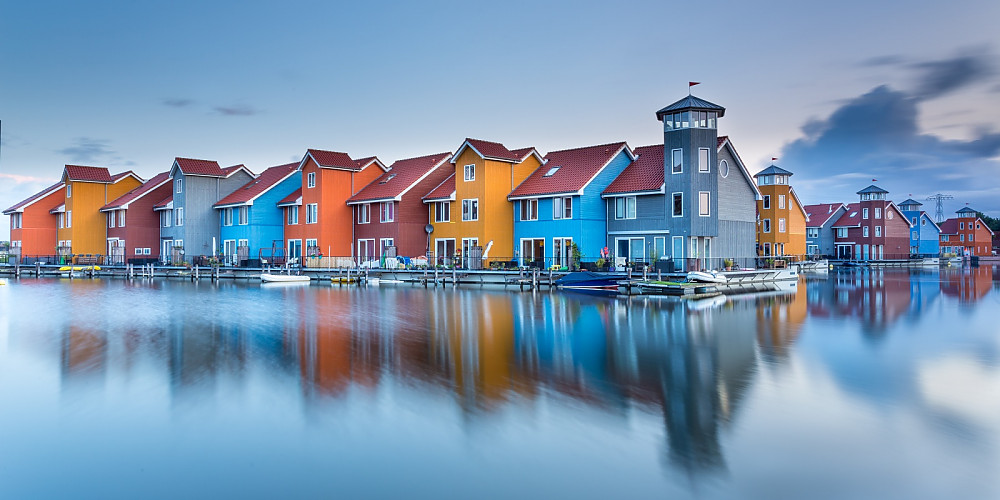 Groningen is a true sports city. Whether you like basketball, volleyball or football, you’ll find what you’re looking for here. Donar basketball club is among the best in the country and Lycurgus volleyball is the best volleyball club in the last few years. Football club FC Groningen were cup winners in 2015 and occasionally participate in the UEFA Europa League.

With names like Cruijff, Van Basten, Gullit, Bergkamp, Kluivert, Van Persie, Sneijder,Van der Vaart and many others, it’s no secret that football is king in the Netherlands. World Cup star and Arjen Robben and Dutch National team coach Ronald Koeman are among the most famous players that local football club FC Groningen has ever had in its squad. Both are local heroes who started their careers in Groningen. Other notable players that kick-started their careers in Groningen are Luis Suarez, Virgil van Dijk and Dusan Tadic. Some of these players went on to win  theChampions League, making FC Groningen the only club outside the traditional top clubs to win the CL four or more times. It is unsurprising that because of the focus on identifying and nurturing talent, FC Groningen leads the Dutch Eredivisie in minutes played by players aged under 23 years of age since the 17/18 season (source Voetbal International). Next to the club’s sporting ambition to qualify for European football with a mix of experienced professionals and emerging local talents, the club’s societal proposition is ‘Football for everybody’, in order to solve the lack of exercise and physical activity in the Northern part of the Netherlands Do the museums. Culture fans get their money’s worth in the cityof Groningen. An  absolutely unique attraction with international appeal is obviously the Groninger Museum. The building in itself is an artwork, consisting of a wide variety of pavilions situated in the middle of a canal and designed by famous architects such as
Mendini, Philip Starck and Coop Himmelblau. Inside the museum one is immediately taken away by its colorful exhibition areas and sensational exhibitions from both Groninger Ploeg artists as international artists. Want more? Why not visit the Dutch Comics Museum in the spectacular Forum or the Northern Maritime Museum in the oldest building of the city.